By Website Writer; There was excitement and jubilations today, Thursday June 23, 2022 at Gatuna – border post as Ugandan President YK Museveni crossed the border into Rwanda after almost 3years. 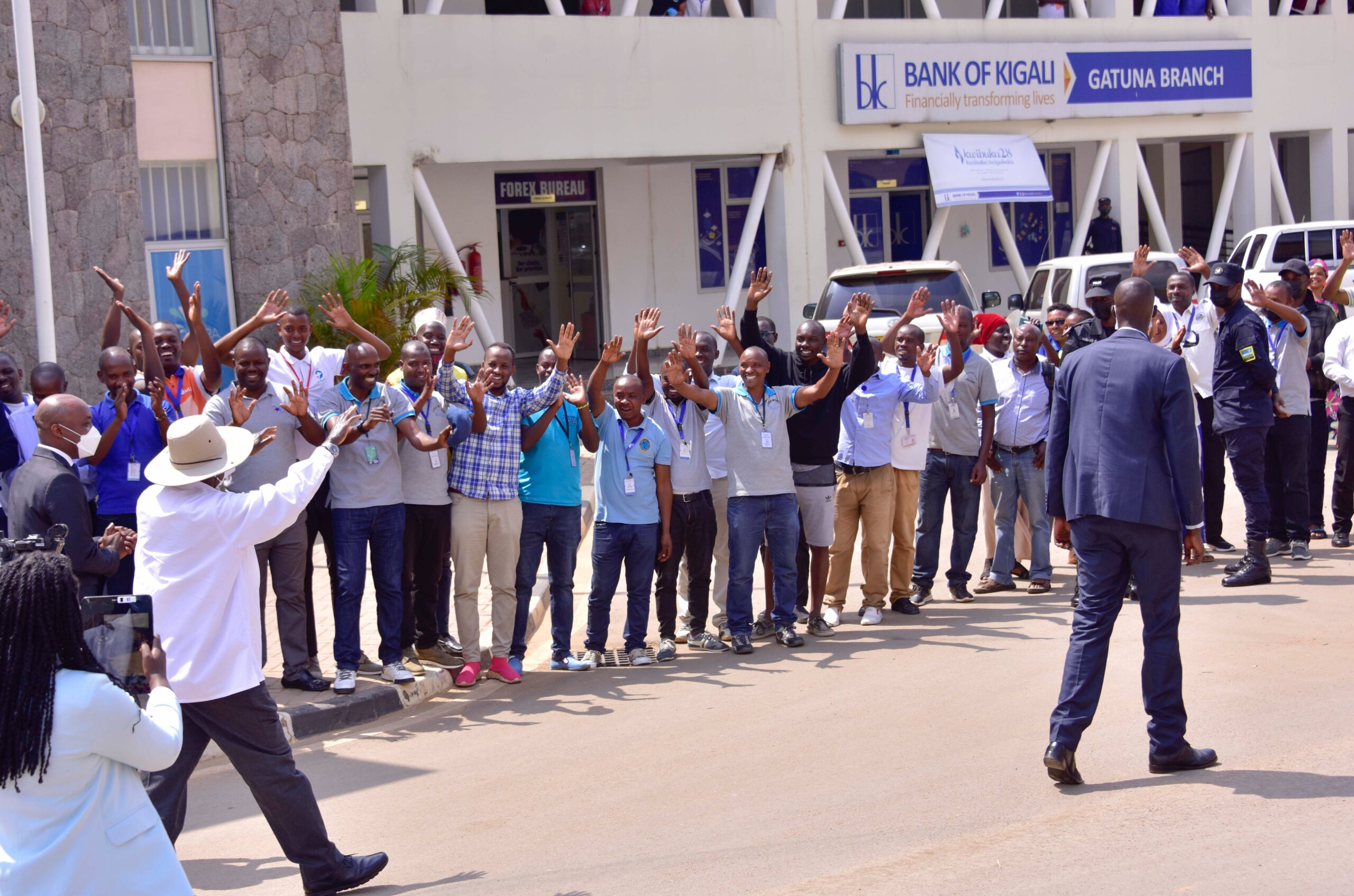 President Museveni was heading a four-day working visit at the Commonwealth Heads of Government Meeting (CHOGM) in Kigali, Rwanda.

His convoy right away from Gatuna border till Capital Kigali, was given a heroic reception with thousands flooding the streets, chanting, waving and dancing for him.

“I have arrived in Kigali, Rwanda for the 26th Commonwealth Heads of Government Meeting (CHOGM). I thank the people of Rwanda for the warm welcome. Murakoze Cyane!” President Museveni’s tweet reads.

Museveni is joining other heads of state for the 26th edition of CHOGM.

Earlier today, President Paul Kagame received the Rt. Hon. Boris Johnson, Prime Minister of the United Kingdom who is also in Kigali for the summit. 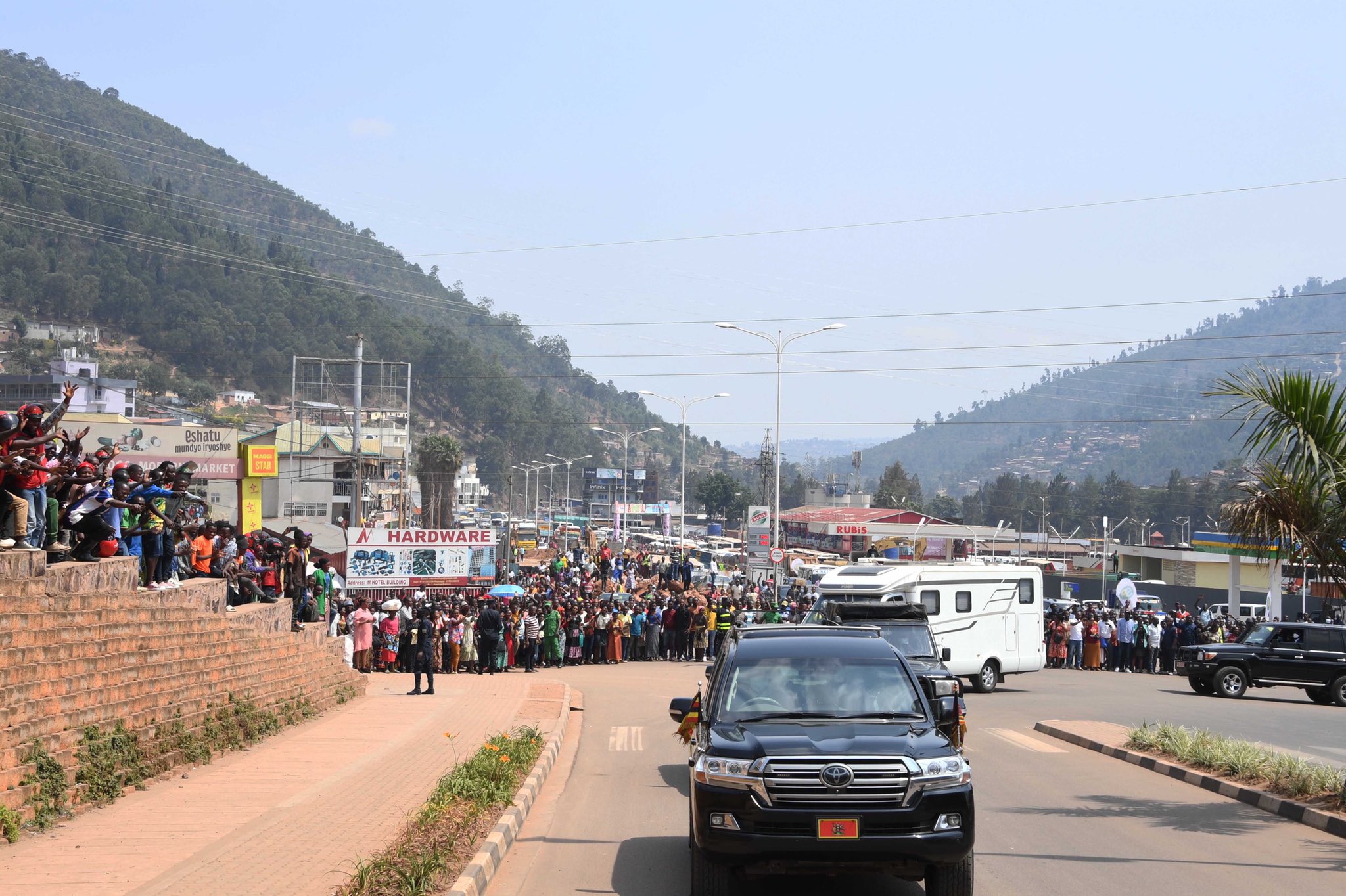 It is said that the two leaders held talks on existing partnerships between Rwanda and the UK including the recent Migration and Economic Development Partnership.

Prince Charles of Wale together with HRH The Duchess of Cornwall are also in Rwanda for the CHOGM program.

The Gatuna border was closed in 2019, following an advisory by the Government of Rwanda to its citizens warning them against travelling to Uganda where their safety was not guaranteed.

The advisory was prompted by a spate of abductions and torture targeting Rwandans in Uganda.

The reopening of the border, which took place on February 1, but subject to Covid-19 protocols, was a culmination of efforts by the two countries to de-escalate tensions between them. 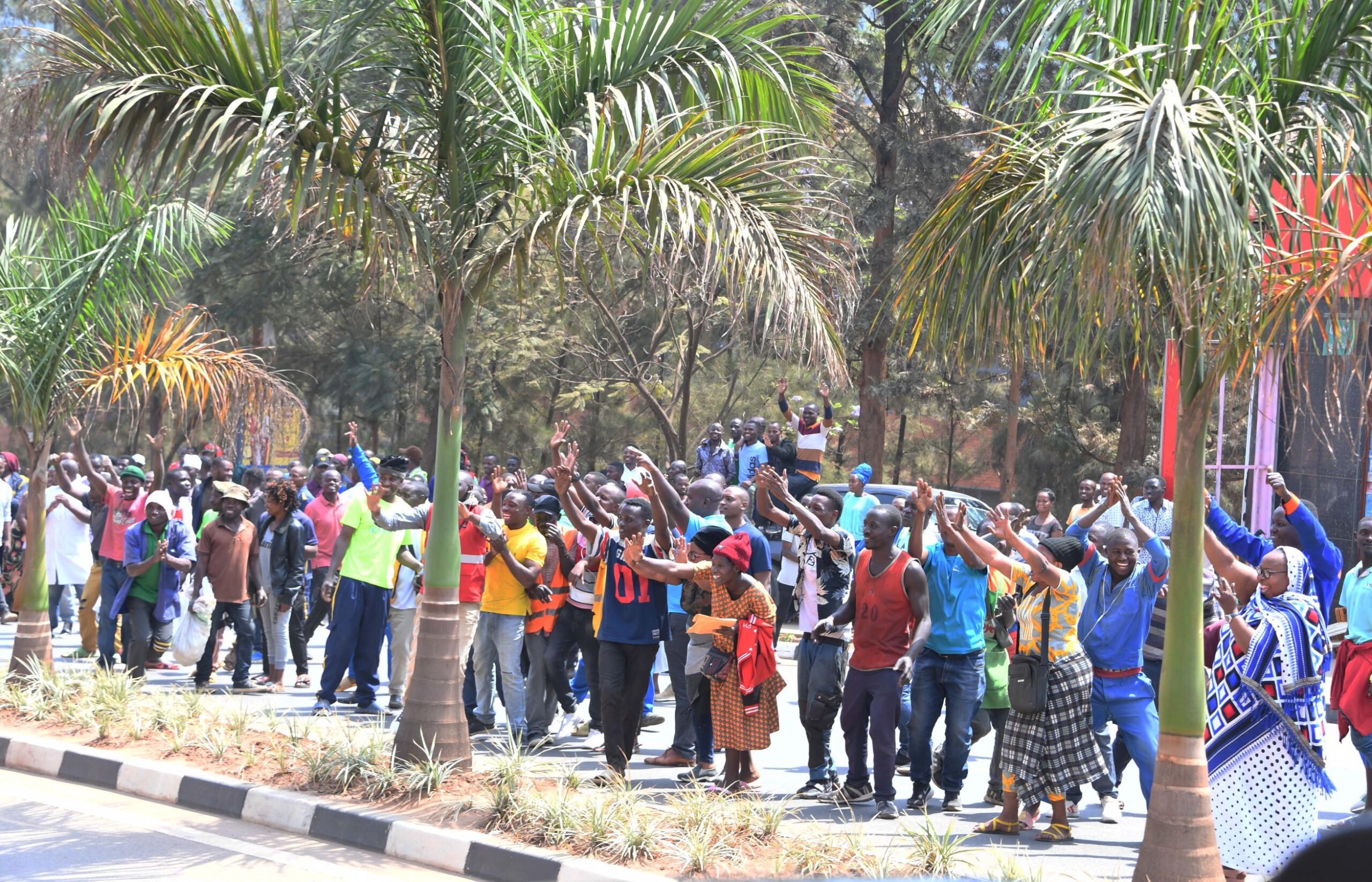 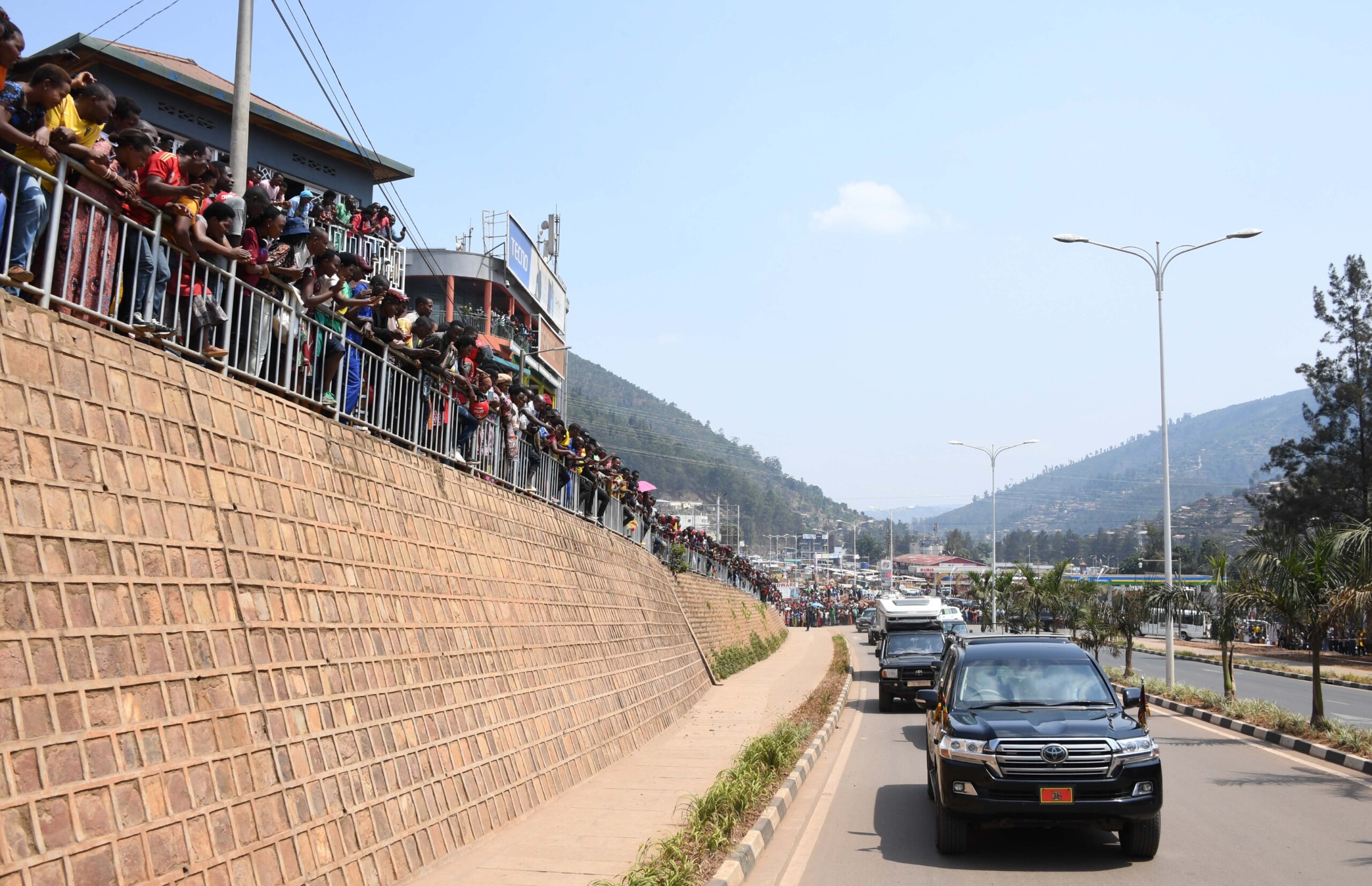 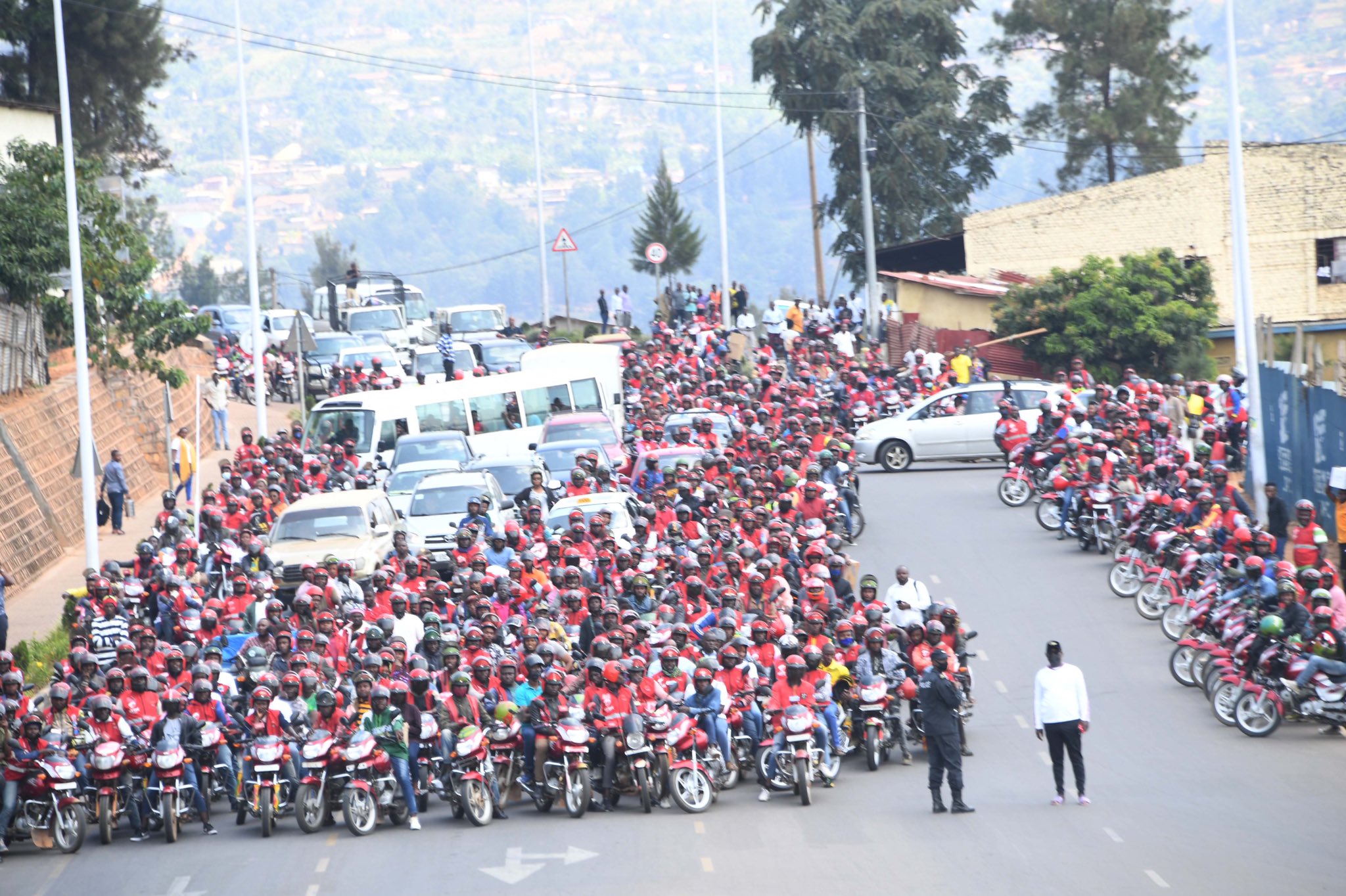 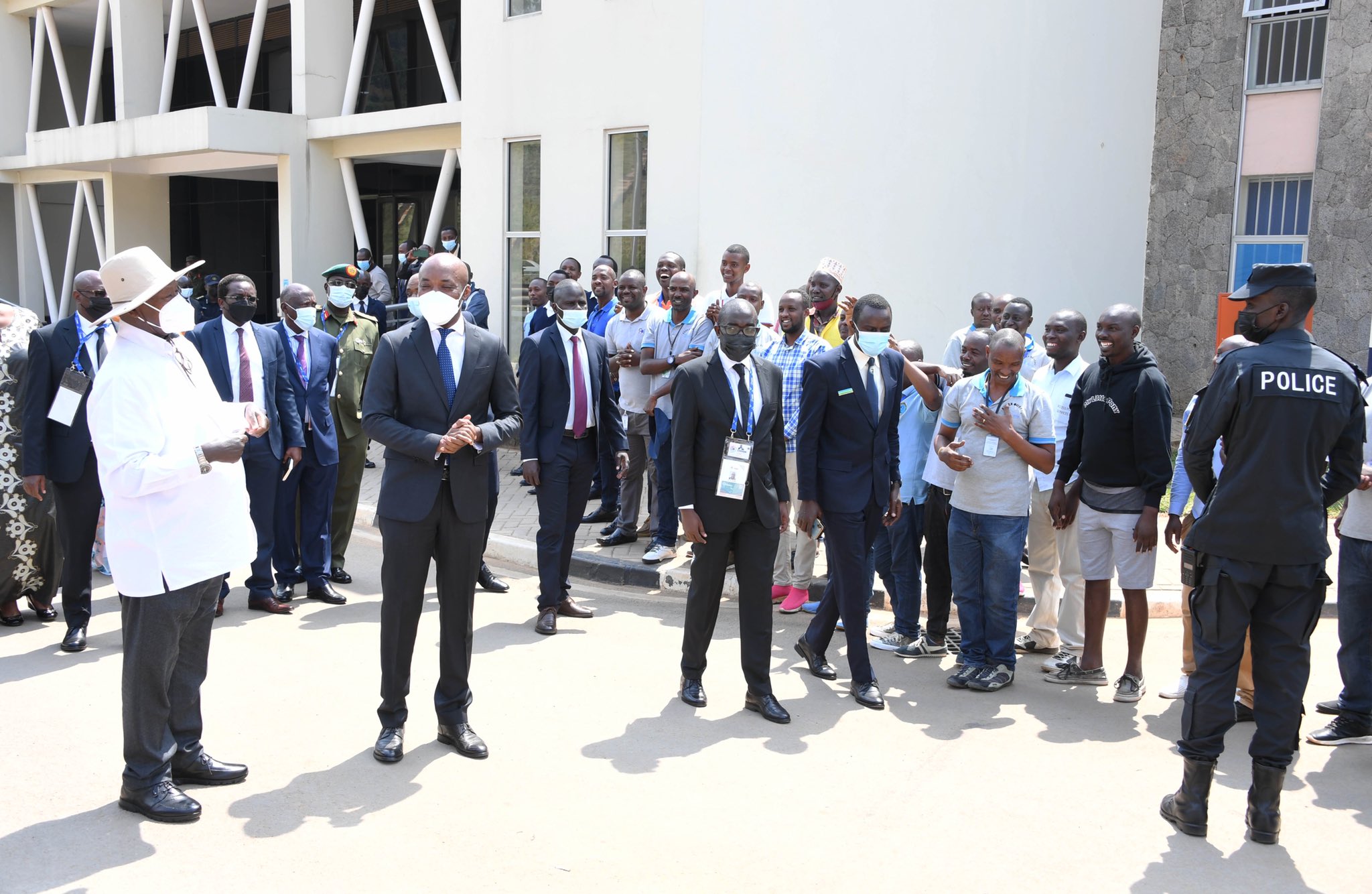 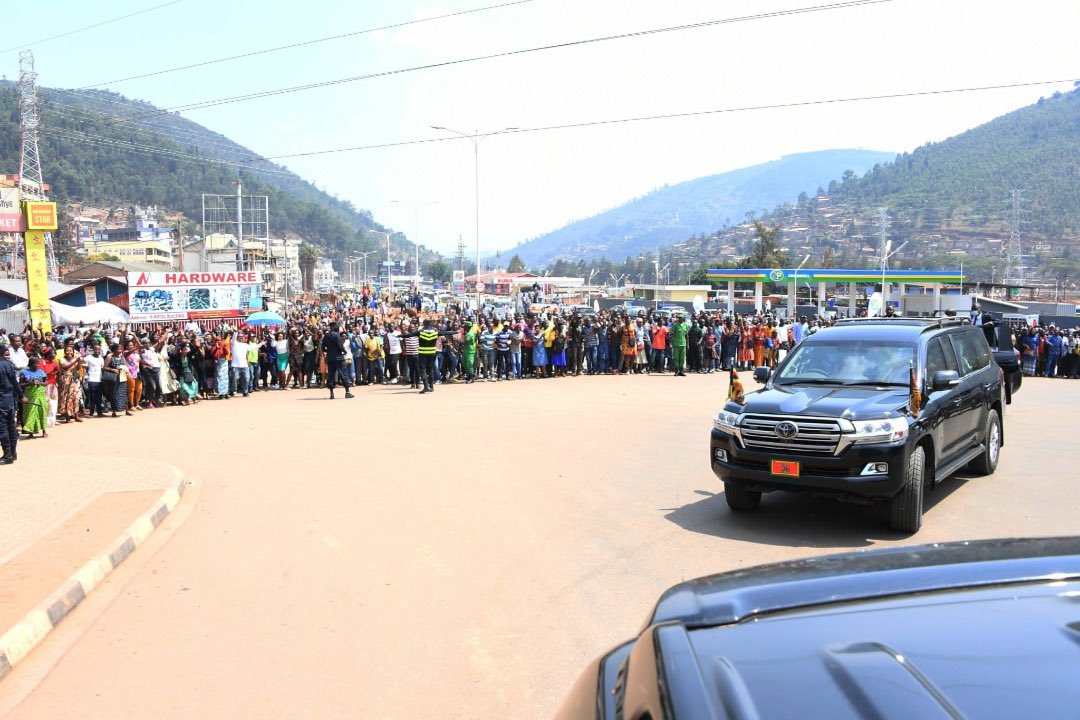