By Website Writer; Former Forum for Democratic of Change (FDC) president, Rtd. Col. Dr. Kizza Besigye has today Tuesday, May 23 2022 gone past security at his home in Kasangati and got to Kampala City Centre protesting against the high cost of living in the country.

Police has heavily been deployed at Dr. Besigye’s home after his first attempt last week to head to the City Centre and lead the high cost of living protest.

On a shocking note on Tuesday morning, Besigye had escaped police blockade at his home and resumed his ‘wakeup call’ campaign at one of Kampala City’s busiest streets, Arua Park.

Besigye’s campaign is aimed at reawakening Ugandans to stand up and protest against the skyrocketing commodity prices. 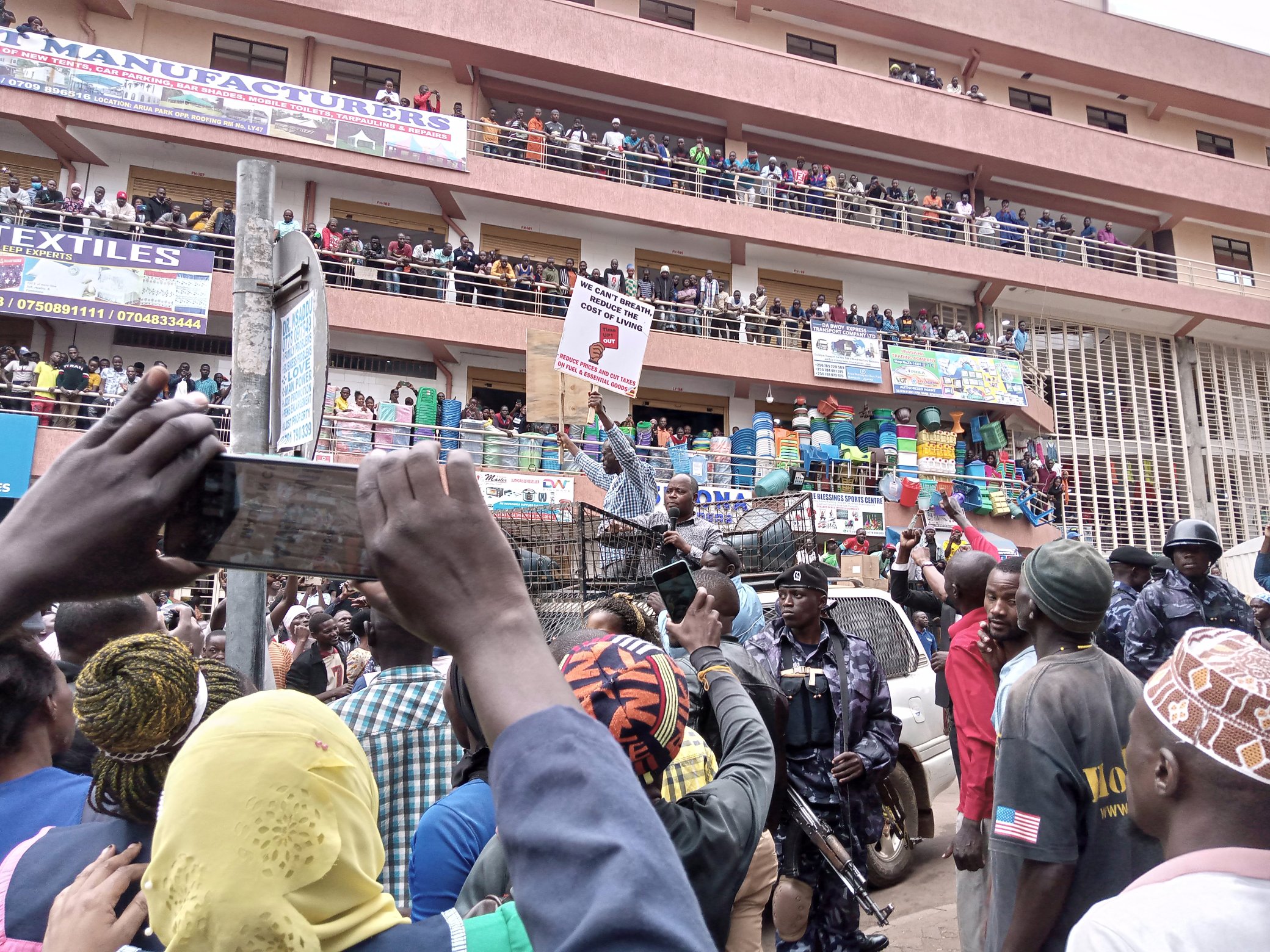 Despite his campaign being interrupted by Police and him evacuated and taken to the Central Police Station, the FDC stalwart said he won’t stop demonstrating until the government does something.

Uganda has suffered a thriller in the costs of commodities for almost four months now.

Suggestions from leaders and citizens for government intervention via subsidies and tax taming have since failed.

Government of Uganda via its Finance Ministry has often cited this as a global economic crisis caused by the Ukraine – Russia war.

H.E YK Museveni over the weekend, also faulted the post-Covid19 season that has drastically revamped the demand and supply chain of commodities worldwide.

President Museveni also revealed the dangers of subsidies and also reduction in taxes as it would spark an inflation in the country’s economy.