Vipers SC were crowned champions of the Uganda Premier League on the last day of the season when they thumped already relegated side Police FC 5:0.

A brace from both Milton Karisa (6’,52’) and man of the Match Bobosi Byaruhanga (54’,71) and a goal from Yunus Ssentamu meant the ‘Venoms’ took their fifth league title with a massive 5:0 victory. 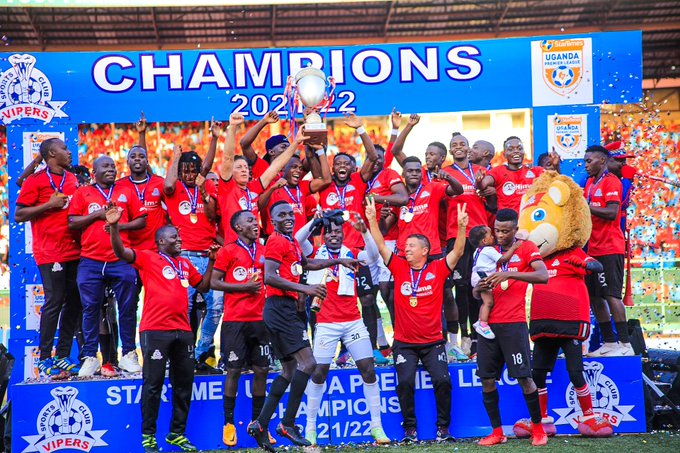 Vipers were announced winners four matches to end the season but needed to wait for the final day to be crowned champions. On the same day, Police FC skipper and former Uganda Cranes midfield general Tonny Mawejje was given a standing ovation in the 6th minute, his fancied shirt number as he played his last match of the beautiful game.

At Buhinga Stadium in Fort Portal, Cromwel Abang Rwothomio was named man of the match as his hat-trick guided URA FC to a 7:0 thrashing of home side Tooro United. A brace from Visney Ssekajugo and a goal apiece from Joachim Ojera and Kabon Living completed the wrought.

The result also meant Tooro United conceeded 15 goals in the last two matches of the season.