A few days back, photos of local singer Stecia Mayanja performing in a wheelchair made rounds on social media, arising speculations that the singer was indisposed. The photos were followed by a viral video clip portraying the singer breathing on Oxygen at Nakasero hospital, leaving her fans in tension.

Speaking in a phone call interview with Sanyuka Tv, Stecia Mayanja’s manager Sir. Lawrence opened up on what could be troubling the singer. Lawrence revealed that for almost a month now, Stecia has been to and fro the hospital, battling an unbearable headache.

He noted that the singer’s ailment started as pressure, during their Stecia and House girl series shoot. However, upon reaching Nakasero Hospital, Stecia developed an intense headache and till now doctors have not come up with a conclusive report on the cause of the condition. 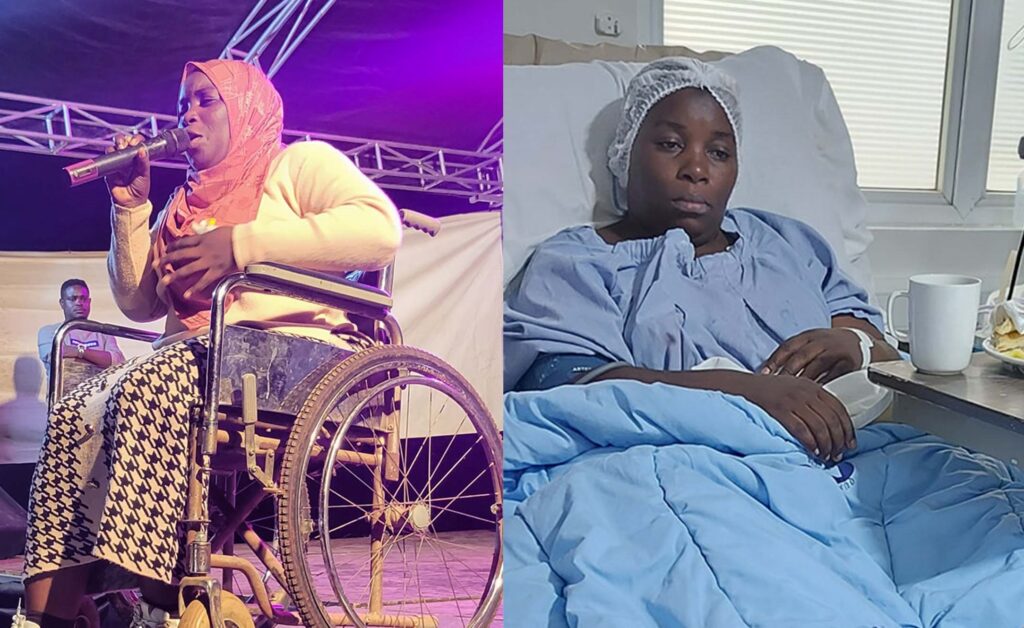 In the same interview, Lawrence maintained that the singer is out of danger, adding that the video making rounds was leaked by Stacia’s driver who was directed to send it to people concerned upon dropping her off at the hospital.

Clarifying the singer’s performance in the wheelchair, Lawrence revealed that prior to the Stacia’s ailment, she was booked at several shows in which she had to fulfill her obligation.

He assured Stacia’s fans that the singer’s condition is out of danger, and ready to get back on stage.

Through Stecia Mayanja’s social media platforms, she thanked God for giving her another chance to live after surviving the one month of ailment at Nakasero hospital.

Thanks almight Allah for giving me another chance and i thank every body who prayed for me while am at Nakasero Hospital where i have spent almost amonth while struggling with headque.