On Thursday morning, photos of one of the boys of the “Muwunya” fame in a very worrying state took social media by storm. According to the boy, he accused singer Bruno K of using their fame to solicit funds and abandoning them.

He further noted that when he sought help from the singer, he cut off communication and blocked him. Upon Bruno K crossing paths with the boy’s claims shared by a Twitter user, he was so quick to pour cold water on the allegations. 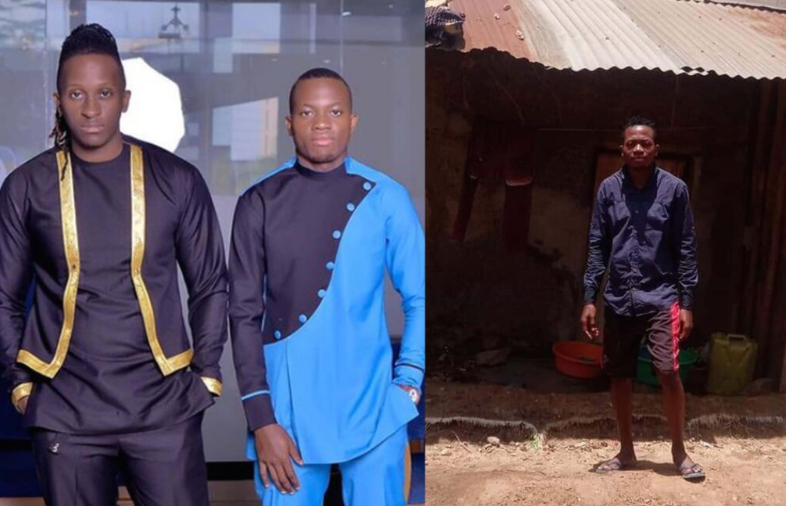 Bruno Kiggundu alias Bruno K stresses that his manager accommodated the boy for one and half years at his home in Nsambya.

My manager housed him for 1 and half years at his home in Nsambya. He was never chased from Nsambya he simply left to start a new life. We told him to go back to school he refused. But he kept calling me asking me for money yet I also had issues to fix.

He further notes that even after securing a scholarship to go back to school, the boy turned down the offer on grounds that he preferred singing, and starting a new life in Kampala.

Upon ends failing to meet in the city, he embarked on calling Bruno K to facilitate him financially to foot his accumulated rent arrears and starting up a business.

The father of one furthermore points out that he couldn’t meet the boy’s requirements at the moment, since he has a life and responsibilities to meet.

After realizing that the boy had essayed blackmailing reports on social media to win public sympathy, Bruno K cut off communications with the former.

This is not the first time Bruno K is reaping dust from helping those in need, the most recent is singer Oscar, who accused him of swindling his money.