Radio personality Lucky Mbabazi is not happy with the protest of Ugandan housewives against their husbands and side chics.

Today morning, 11th April 2022, some Ugandan housewives went around Kampala streets with placards saying they are tired of side chics destroying their marriage and they want kameeza money to be increased.

As a fellow woman, Lucky Mbabazi has come out to say whatever they are doing is not correct because a woman can’t stop a man from cheating.

Lucky Mbabazi advises women to make their own money because men of these days want a woman who has something with them.

“First of all,if a man wants to have a side chic there’s nothing his woman can do to stop him. Please women make your own money and leave the men to do whatever they want to do,” Lucky Mbabazi said. Abitex Says Only Winnie Nwagi’s Concert Was Profitable In 2022, Others Where Total Losses, Including Spice Diana’s, Asks Promoters To Focus On Foreign Artistes. 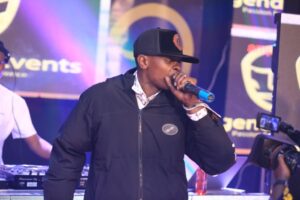 “I Really, Really Like Manchester United’s Footballer Rashford That I Would Even Let Him Chew Me!” Buganda Kingdom’s Princess Katrina Ssangalyambogo Confesses. 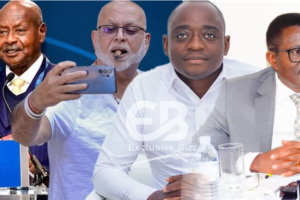 Simon Kaggwa Njala Publishes List Of Uganda’s Most Intelligent And Sharp-Minded Individuals At The Moment.