Team No Sleep’s Rahmah Pinky is not in sync with media reports claiming that she was signed by Jeff Kiwa as a direct replacement for Sheebah Karungi.

Pinky joined TNS a few months ago after Jeff and Sheebah called it quits after over a decade of working together. 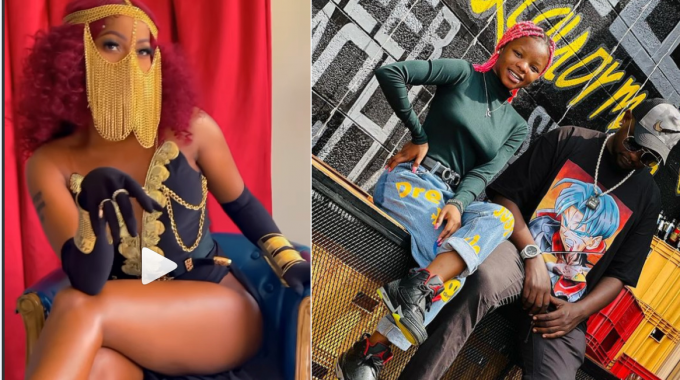 The youngster was immediately labelled “Sheebah’s replacement” by several media outlets, music fans, and critics but she thinks not.

During an interview with Busesa Media, Pinky asked media and music fans to stop comparing her to Sheebah and terming her as the Swagg Mama’s replacement because her shoes are too big to fill.

“I can’t fit in Sheebah’s shoes, they’re too big for my feet to fit. I am in my own shoes, on my own journey as Pinky,” she said.

She is confident that there is so much to achieve under Jeff Kiwa’s wings and she has already started noticing positive changes in her career.

Pinky continued to accord respect to Sheebah who she refers to as a big music brand that has blessed Ugandans with several good songs.

I respect her. She is a big artist and she sings well. She has good songs. Pinky

Watch the interview below: