NBS After 5 presenter, MC Kats seems a man destined for greatness ever since he went public with his HIV status a few years ago. The latest is that President Museveni has endorsed his campaign against HIV/AIDS stigma. Kats was one of the notable speakers yesterday at Kololo grounds to commemorate World AIDS Day.

Taking to his Twitter page, Museveni posted a photo of the self-styled king of the mic. The President then captioned it saying that the country has come a long way in the fight against the disease. He reminded everyone that they have a role to play in society in order to curb out the disease.

“We have come a long way, and today I can say with confidence that we are winning the battle against HIV/AIDS. Everyone has a role to play. I thank everyone who has come up with clear and accurate information on how we can help each other in this fight; Everyone who has spoken up,” Mr Museveni tweeted 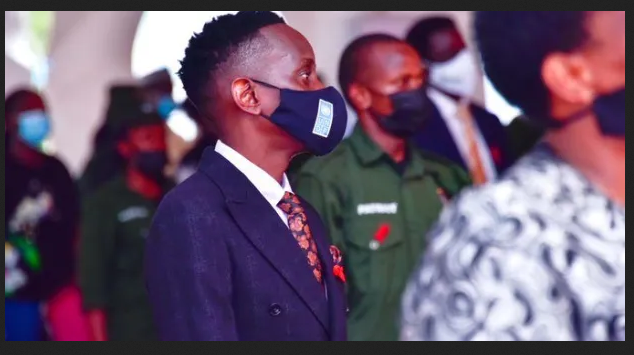 Mr Museveni added that it’s the responsibility of every person in society to make sure that nobody succumbs to the disease.

Kats recalled when one of the local dailies ran a story saying that he infected his baby mama, Fille Mutoni. Kats said that this really tore him and his family apart.

Some people advised him to sue the daily and others that discriminate against him because of his HIV status.

Kats however said that he thought of the many people out there. Those who are stigmatized but have nowhere to run to.

It was for this reason that he decided to use his position and influence to fight HIV stigma.

He will hold his virtual annual king of the mic show this weekend on NBS TV. The aim is to fight stigma among HIV victims and will have performances from Fille and Lydia Jazmine.

Stop Pointing Fingers In Me Concerning Sheebah’s Matter – Am Ready To Offer Her Money In Case She Reveals Ani Yamukwaatila Mu’motoka. Andrew Mwenda Tired Of Drama