NTV Uganda news editor Raymond Mujuni treated his fiancee and workmate Ritah Kanya to a surprise bridal shower ahead of their mega wedding.

Pictures taken from the bridal shower have sent social media into a fizzy and the couple looks elegant with Kanya dressed in a short orange dress.

Ritah and Raymond went public about their relationship in April 2021 when the latter proposed. Kanya later introduced Mujuni to her parents in May in a traditional ceremony called “Gufata Irembo”.

Over the weekend, Mujuni officially got introduced in a bigger introduction ceremony which was attended by family, friends, and workmates. The two love birds are planning to wed soon. 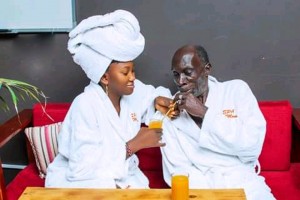 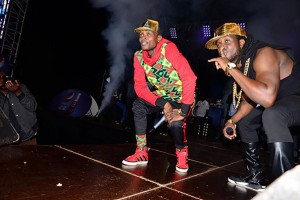