By Wycliff G; Uganda national basketball team ‘The Silverbacks’ is set to be evicted out from the Fiba Afrobasket Championship in Kigali, Rwanda over unpaid dues.

According to the Federation of Uganda Basketball Association (FUBA) President, Nasser Sserunjogi, the national team is struggling to pay bills, including accommodation and related hotel costs, in Kigali.

Federation of International Basketball Association (FIBA) and the championship host, Rwanda gave Uganda an ultimatum of Sunday 29th (yesterday) to clear all outstanding dues worth Shs. 360Million or face the disqualification.

It should be recalled earlier in August, the Silverbacks reporting for the tournament was delayed due to lack of funds.

The Minister of Education and Sports, Mrs. Janet Kataaha Museveni intervened with Shs. 340Million through the National Council of Sports General Secretary Bernard Patrick Ogwel and the team was successfully flagged off to Rwanda.

However, according to Mr. Sserunjogi, the money, which Ogwel had indicated was to cater the trip, was used to cover a debt acquired by the team when they traveled to Egypt for a training camp and later Morocco for a qualifier game in July.

Sserunjogi revealed that the debt was accumulating interest and it only made sense to settle it first.

Seeking refuge in the current dire situation, FUBA has returned to get the attention of the Education and Sports minister, Ms. Janet Museveni, to intervene and save the situation. 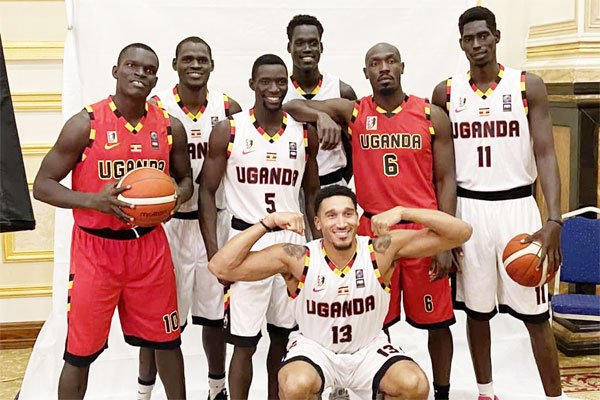 In a letter Imbaraga has come across, Sserunjogi appreciated government support toward the team in the past but stressed the lack of funding for the trip to Morocco that he says left the federation with no option but to borrow.

“At the time of traveling to Morocco, NCS said there was no money for the qualifying campaign,” Sserunjogi said.

“Because we couldn’t afford to pull out of the tournament after investing all that time, effort and money, with only one win away from qualification, we made a decision as management and informed NCS that we were going to borrow money and take the team to Morocco, which money we expected NCS to reimburse upon return.”

In Morocco, the Silverbacks won 77-65 to seal qualification. Sserunjogi says the federation requires additional Shs360m to cater for the team’s expenses in Kigali as they are living on credit.

In Rwanda, the Silverbacks have so far lost two games and won one.

However, they are facing off with Nigeria and an invisible situation in a win-or-go-home clash today.