President Yoweri Museveni has okayed the construction and operationalization of Bunyoro University after a closed meeting with the MPs from the sub-region at State House in Entebbe.

While meeting the MPs led by Prime Minister Robinah Nabbanja, Museveni said he has passionately championed the policy of establishing a public university in each of the 18 original regions of Uganda including Bunyoro.

“Bunyoro caucus leaders presented the need for the operationalisation of a public university of Earth and Applied Sciences in the Bunyoro sub-region. Great! It will create opportunities for technological & economic transformation. Let us not have white elephant courses,” Museveni wrote on Twitter, confirming the outcome of the meeting with the MPs.

The President also said his concept is to have zonal universities in the country and advised that a task force should be set up to guide on the courses that will not only help the students but also the country.

PM Nabbanja speaking to the media shortly after the endorsement thanked the president for accepting the idea of starting the university in the sub region.

“The president really has okayed the proposal and he has directed that we organise a technical committee to see how best now we can start. We had a chance that the minister of Finance comes from Bunyoro and the president directed the ministry of finance to start the process of putting budget the money that will help us to kick start this university in the next financial year,” she said.

Other zonal regions in the country without a public University are Karamoja and Bugisu regions. 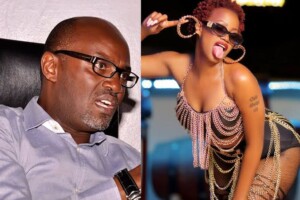