By Wycliff G; Singer Moses Ssali a.k.a Bebe Cool has distanced himself from acknowledging the viral list of musicians’ budget for stimulus funds from the Operation Wealth Creation.

According to the document leaked on Monday, a group of singers under the United Superstars Association of Uganda, addressed the chief coordinator, Operation Wealth Creation, Gen. Salim Saleh requesting a stimulus budget following their individual losses registered as a result of the closure of the music business.

Some of the names on the list included; Bebe Cool, Jose Chameleone, Pallaso, Weasel, and many others all with different amounts of money stipulated in – line with their names.

The linked list cracked a mammoth of controversy from the public with the majority condemning every artist appearing on the list.

However, Bebe Cool has today denied having consented to the list and also subscribing to the later association.

Speaking to Bebe Cool’s manager, Richard Kleberson via a WhatsApp chat, he told Imbaraga that the list is forged.

Kleberson also said that the leaked document was an attempted fraud by however is trying to demean Bebe Cool’s reputation.

“It not true. Its just a forgery. No one would have the urge to develop such a financial list and at the same time leak it to the public,” Kleberson told Imbaraga. 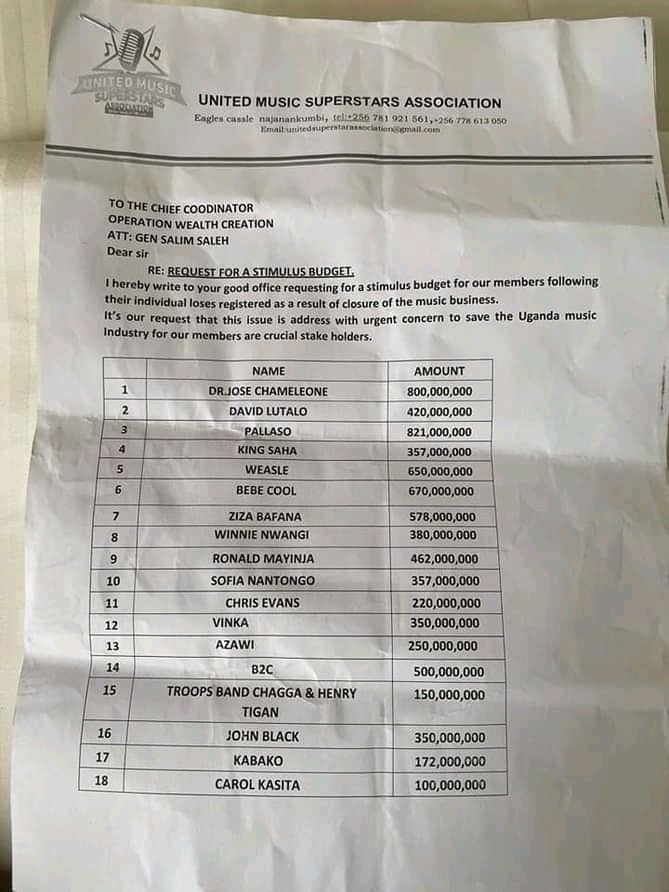 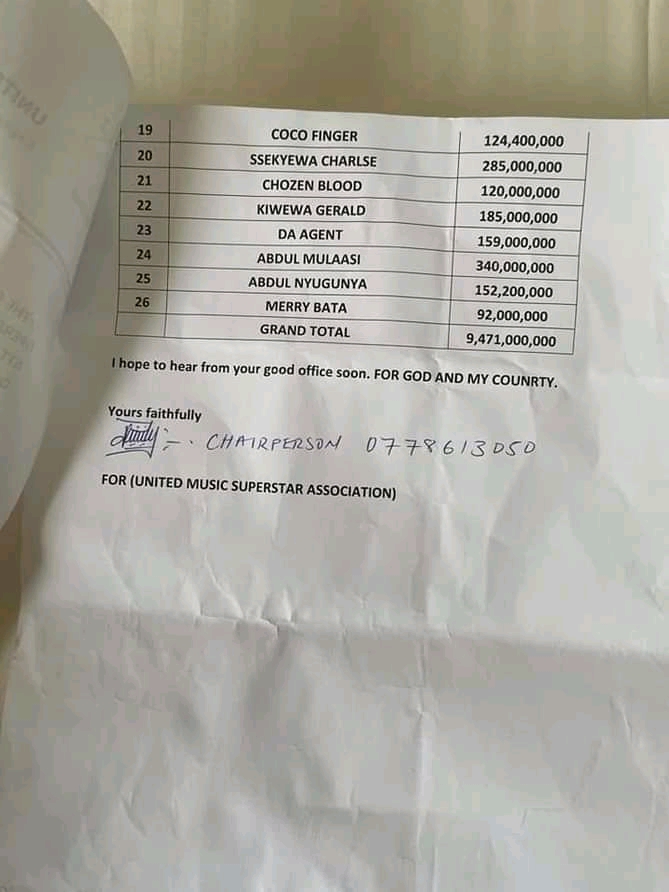