The commander of Land Forces in the Uganda People’s Defence Forces (UPDF) Lt Gen Muhoozi Kainerugaba has vowed to crush racists after videos circulated of white racists in South Africa taking advantage of the ongoing riots after the imprisonment of ex-president Jacob Zuma to kill blacks.

In a tweet posted on his page on Wednesday, the First son Muhoozi expressed dismay at how a group of armed white men were directly shooting tear gas and apparently live ammunition into protesting black South Africans.

“’ Let them come? Don’t waste your ammo?’ This is what has become of the ‘Rainbow dream’ of our father the late Mzee Mandela? Okay, let the racists in South Africa come. They have forgotten African law. We never retreat or surrender! We have never been defeated by racists!” Muhoozi posted alongside a video of the men moving out to kill blacks. 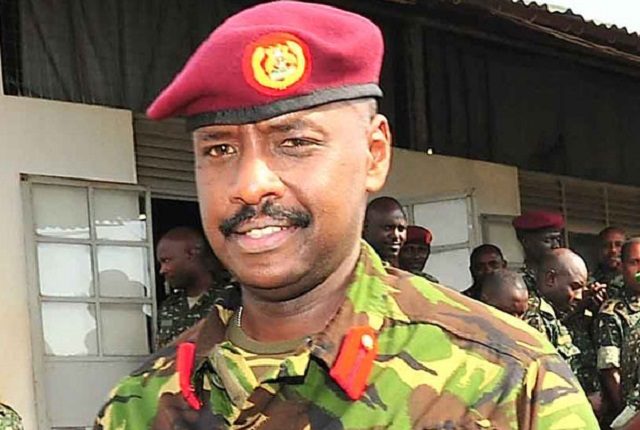 By Wednesday morning, up to 72 people had been killed in the riots according to news agencies in South Africa.

Many of the deaths in Gauteng and KwaZulu-Natal provinces occurred in chaotic stampedes as thousands of people stole food, electric appliances, liquor and clothing from stores, police Maj. Gen. Mathapelo Peters said in a statement Tuesday night.