By Website writer; Chelsea Football Club has reached an agreement with Ajax to sign Hakim Ziyech this summer. The move is subject to the player agreeing personal terms and he will remain at the Dutch club for the rest of this season.

A Moroccan international, Ziyech is a left-footed attacker who is comfortable playing off the right flank and coming inside, as he has often done in recent years to such devastating effect for Ajax, or on the left to attack with width and deliver into the box.

How old is Hakim Ziyech and what is his style of play?

The 26-year-old possesses awareness on the ball, is technically capable of executing very difficult passes to break down compact defences, and is also a set-piece specialist, particularly with vicious inswingers from the right side. He has been a prolific scorer throughout his career, with over 100 goals for club and country.

Where was Hakim Ziyech born and what clubs has he played for?

Born in Dronten in the Netherlands, Ziyech started his senior career at Eredivisie side Heerenveen having come through their academy.

He made his debut in a big Europa League qualifying round win in August 2012, and later that month featured in the league for the first time.

2013/14 proved to be his breakthrough year as he netted nine goals and provided nine assists in 33 Eredivisie appearances. It earned him a move to Twente, where his numbers only improved. He scored 11 goals and recorded 16 assists in his first season there, and then in 2015/16 struck 17 times at a rate better than a goal every other game.

So it was no surprise when Dutch giants Ajax came calling in August 2016. The quality of his team-mates improved and Ziyech rose to the challenge; it was not long before the wider world was taking note of the Moroccan’s ability in the final third.

How good was Hakim Ziyech’s performance v Chelsea in the Champions League?

In his first taste of regular European football he helped a young, exciting Ajax side reach the Europa League final and go very close in the league, pipped to the title by a point. Ziyech weighed in with 10 goals and 15 assists in all competitions.

Even though his second season in Amsterdam ended without silverware again, it had been another successful campaign for the attacking midfielder, who started every league game and produced numerous man-of-the-match performances.

What is Hakim Ziyech’s international record?

He was able to show his ability on the global stage in the summer of 2018, starting each of Morocco’s group games at the World Cup in Russia. Despite bowing out of a tough group which also contained Spain and Portugal, Morocco received widespread praise for their attacking play, which Ziyech was at the heart of.

What is Hakim Ziyech’s goals and assists record?

Ajax enjoyed their best season in a generation last term, with Ziyech at the forefront of a side that made Europe stand up and take notice. Real Madrid and Juventus were the sides they sensationally eliminated in the Champions League knockout stages. Ziyech scored in both legs against the holders, including a typically composed finish to open the scoring at the Bernabeu.

They fell short in Europe but had no such problems closer to home, winning the Dutch league and cup double. Ziyech finished with 16 Eredivisie goals and a further 13 assists to his name in just 29 appearances. In a team full of outstanding performers, Ziyech was named Ajax Player of the Year for the second season running.

This season, Chelsea supporters saw the 26-year-old’s quality at close quarters. In the second of our Champions League match-ups with Ajax, at Stamford Bridge, Ziyech set up three of the visitors’ four goals, his dangerous deliveries from the right flank proving too hot to handle. Earlier in the group campaign he scored an unbelievable 30-yard effort in Valencia.

To date this season Ziyech has registered nine goals in all competitions. No player has supplied more than his four assists in this season’s Champions League.

In a ranking of the top eight European domestic leagues since 2017/18, Ziyech is first for assists and chances created, and third for shots taken.

A royal wedding is upon us, ladies and gentlemen. This is after the first daughter of Buganda Kingdom Kabaka agreed to a marriage proposal of city socialite Gareth Onyango.

Onyango who hails from Tororo has been dating Kabaka’s daughter Victoria Nkinzi, almost coming close to marrying the princess in 2019, when Onyango proposed to Nkinzi during their holiday in Qatar.

However, the wedding plan could have been replaced by jetlag as nothing happened later except for the two lover birds to keep showing pictures of themselves stuck together like glue. 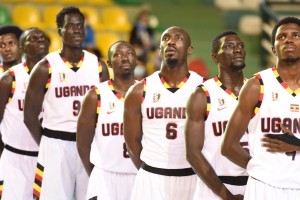 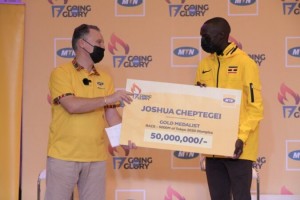 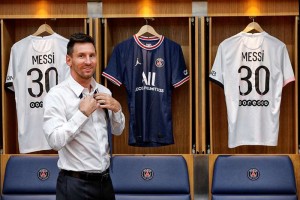 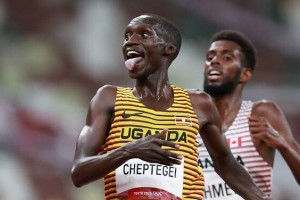